; ; ; History-maker Kamala ‘the first’ bringing a Commonwealth flavour to the White House 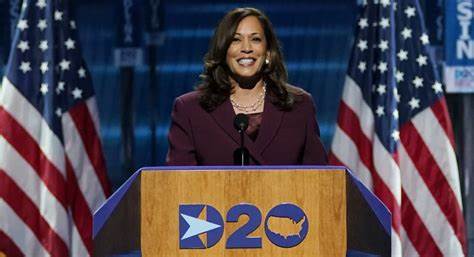 She’s made history by being the first female, first Jamaican and first Indian vice-president-elect of the United States of America.

Having seen her own presidential dreams sputtered to a halt a year ago, now Kamala Harris has made has made history on all of those fronts.

On the back of series of strong debates, the California Senator will be running the country alongside Joe Biden at a critical time in its history as they prepare to make efforts to unite a hugely divided country after a bitter few months – with the surge of coronavirus cases gripping parts of the US in unprecedented ways.

And whilst the main attention will be focussing on the incredible narrative the newly-elected President, the rise of Vice Precedent Harris proves to be even more compelling.

Born in Oakland, California, to a Jamaican-born father an Indian-born mother, she was raised, along with her sister Maya, primarily by her Hindu mother, Shyamala Gopalan Harris, a cancer researcher and civil rights activist - joining her (mother) on visits to India.

Ms Harris, though, has said that her mother adopted the Black culture fully, as she immersed her two daughters within it 24/7.

"She knew that her adopted homeland would see Maya and me as Black girls” Ms Harris says, “and she was determined to make sure that we would grow into confident, proud Black women.

In her autobiography The Truths We Hold, she says: "My mother understood very well that she was raising two Black daughters.

“I’ve always been comfortable with my identity,” he says “and, as such, I simply describe myself as ‘an American’".

A California Democrat with a law enforcement resume, she attended Howard University, one of the nation's preeminent historically Black colleges and universities, which she described as among the most formative experiences of her life.

She then went on to earn her law degree at the University of California before beginning her career in the Alameda County District Attorney's Office before became the district attorney for San Francisco in 2003.

Bringing the Commonwealth to the White House, Ms Harris, who often says that her identity makes her uniquely suited to represent those on the margins, was elected the first woman and the first Black person to serve as California's attorney general, the top lawyer and law enforcement official in America's most populous state.

This is not her first White House aspirations.

Married to lawyer Doug Emhoff, the 55-year-old gained a reputation as one of the Democratic Party’s rising stars. And as such she launched a candidacy for president last year, but failed to articulate a clear rationale for her campaign.

But today, in 2020, she, along with Irish-dissent President-elect Joe Biden, leads a   transition into a new generation of American leadership

A member of the Congressional Asian Pacific American Caucus, Congressional Black Caucus and Congressional Caucus for Women's Issues, Vice President-elect Kamala Harris, the first Black person elected as District Attorney of San Francisco, the first Black and first South Asian to hold the office of Attorney General in California, and the most powerful and influential woman in in the US is already talked about as ‘the first’ to hold the ‘top office’ when President-elect Biden serves a full term.