; ; ; FELA, THE PHILOSOPHER SINGER THAT LIVES ON 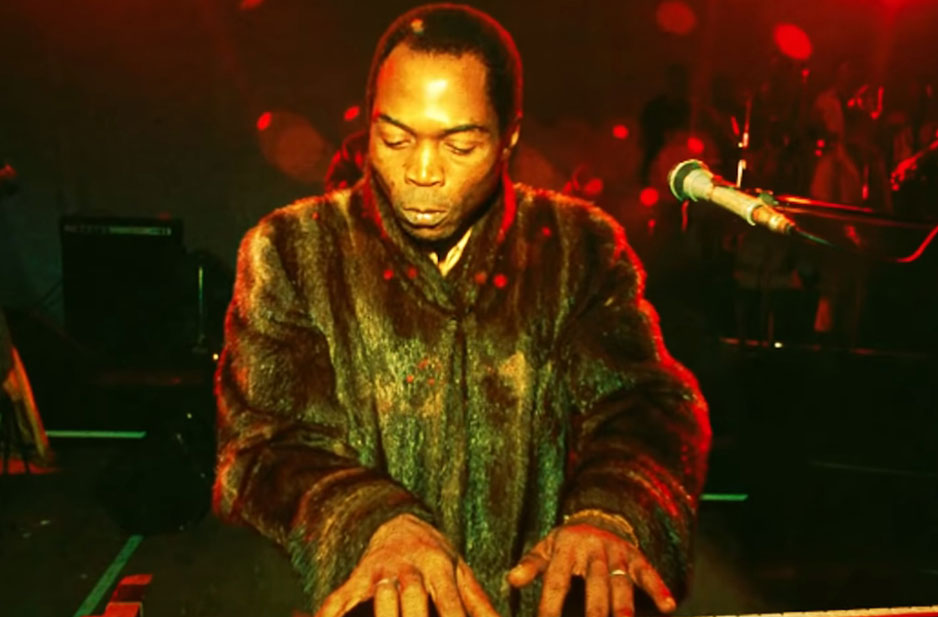 FELA THE PHILOSOPHER-SINGER THAT LIVES ON
By LANRE HASSAN
Born as Olufela Olusegun Oludotun Ransome-Kuti on 15 October 1938 to the family of Reverend Israel Oludotun Ransome-Kuti and Chief Mrs Olufunmilayo Ransome-Kuti in Abeokuta capital of present day Ogun state Nigeria, he died as Fela Anikulapo-Kuti on 2 August 1997 having spent some 56 years on earth most of which was dedicated to human emancipation and African liberation struggle.

His mother was a feminist activist who gave the colonial government a run for their intelligence. She was popular for being the first woman to drive a car in Nigeria and reputed for removing the Alake of Egbaland from the palace.

After his secondary education at the Abeokuta Grammar School, he was sent to London in 1958 to study medicine alongside his other siblings Olikoye Ramsome-Kuti and Beekolari Ransome-Kuti (both of whom were successful medical practitioners in Nigeria), but taken after his parents independent mindedness Fela took to music as a course of study at the Trinity College of Music.

It was at the college that he formed his first musical band called Koola Lobitos dishing out a fusion of jazz and highlife. In 1967 during a visit to Ghana, Fela discovered another area of music genre which he called Afrobeat which of course was a combination of highlife, funk, jazz, salsa, calypso and traditional Nigerian music.
It was at this stage that he changed his music from mere entertainment to revolutionary. Through this band name Fela traverse the world up till 1970 when he returned to Nigeria and rechristened the band Afrika ’70 and himself was known till death as Baba ’70.

The songs of Fela from this period henceforward became concentrated on social and political issues confronting the authority in the face for a better continent. His called his residence in Lagos ‘Kalakuta Republic’ (a name derived from the black hole of Calcutta dungeon in India), a sort of commune for his band, fans and the homeless.

He established a recording studio within the republic probably to secure his creative songs from being plagiarized and more obviously to help nurture other talents that come to him on daily basis.

He established a night club in Empire hotel in Ojuelegba which he called Afro Spot and later African Shrine while he christened his residence on Pepple Street, Ikeja as Kalakuta Republic independent of the Nigerian State.

He embarked on these radical innovations to further drive home his ideal African societies which were contained in his music. He will want the government to be responsive, accountable and responsible to the people. Fela’s songs condemned and exposed misgovernance and corruption in government circle. He called for revolution, mass protest and rejection of military rule not only in Nigeria but all over Africa.

He considered African Heads of States as agents and stooges of foreign powers and thus does not have a mind of their own. He was always in support of popular struggle by the students and human rights activists. He wanted the best for his people and cannot stand the sight of cheating in any way possible. His songs were unique for he used Pidgin instead of the normal British English that had been adopted by the Nigeria state as official language.

Some of his popular songs are ‘The ’69 Los Angeles Sessions’, ‘Zombie’, ‘Coffin for Head of State’, ‘Unknown Soldiers’, ‘Beasts of No Nation’ and ‘I.T.T’ among others. For his anti-government songs Fela saw the wrath of the military government who sent soldiers to attack the Kalakuta Republic, burnt it into rashes and destroyed his studio.

His mother was attacked thrown through a window and eventually died I the hands of unknown soldiers. In 1980, Fela changed the name of his band to Egypt’80 with an assertion that the Egyptian civilization, knowledge, philosophy, mathematics and religious systems are the best for African countries.

Fela’s music was in a world of its own. He lived his entire lives differently from the norms in a society of predominantly docile nobles. He was said to have died of HIV related disease even though his fans believed that could be far from the truth since he divorced his numerous wives back in the 1980s.