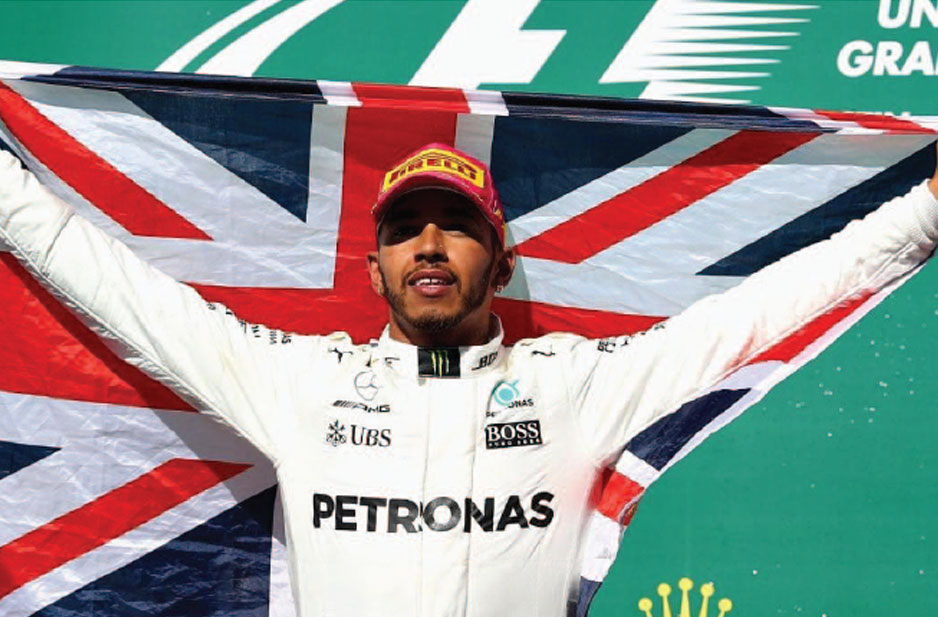 The Mexican Grand Prix was arace like no other giving Lewis Hamilton the 2017 Formula One World Champion - the Mercedes driver securing his fourth drivers 'title two races prior to the season finale. Despite World title rival Sebastian Vettel finishing in P4 ahead of Hamilton, the latter still had a lead of 56 points over the German with only 50 points, at that time, to play for in the final two rounds in Brazil and Abu Dhabi.And, in sealing the 2017 Formula 1 championship title it makes the Hertfordshire man the most successful British driver – ever! Deflated, but magnanimous in defeat,Vettel said "He deserves it.

He had avery, very strong season. Two races togo he clinches the championship. In a straight fight, he was the better man. So, congratulations."For Hamilton and Mercedes, the party started with the Briton adding his name to an elite list of F1 drivers which include the likes of Alain Prost and Michael Schumacher - Lewis inching closer to theall-time F1 title of the German at seven.Whilst others are forever chasing him in his slipstream, one of Britain’s greatestever sports personality still, despite unrivalled success, is still hungry for more by getting to the magnificent ‘7.’Already in the record books as the youngest-ever formula one grand prix world champion when winning the title I2008 season with McLaren, many believe his insatiable thirst for ultimate glory will see him driving on until, at least, he gets to eight. In fact he is looking to surpass Schumacher by 2020.

He said: "I have to figure out the pros and cons from this year and see how I can improve. I want to be better next year. The challenge is going to be even bigger from Ferrari and Red Bull. F1 doesn't sleep. It doesn't stand still. There is always someone waiting to take my position."He singled out Red Bull's young Dutch driver, Max Verstappen, who dominated the Mexican Grand Prix as Hamilton fought back to finish ninth after a first lap clash with his title rival Sebastian Vettel, as a potential major threat."Max is just sitting there waiting to takeit," Hamilton said. "So I have to raise the game another level in order to stay ahead of him and that motivates me, so there is my motivation already for next year.

"He now holds the all-time record for pole positions; putting together at least five qualifying laps to rank with the best he has ever done - Montreal, Baku, Silverstone,Monza and Malaysia were each breath-taking in the way they redefined the perception of what was possible.The race that finally clinched it was a bit messy, through no fault of his own, but the season in which Lewis Hamilton won his fourth world title has underlined his status as not only one of Formula 1's all-time greats, but one of sport’s all-timegreats.“I love driving now more than ever,”Hamilton said.

“I feel like I am driving better than ever, and I feel the most whole as a driver that I have ever been which is a great feeling. Who knows if we are going to get anywhere near Michael Schumacher’s record of seven championships? I don’t have a desire to chase that, but records are there to be broken so at some stage someone will break them. Whether it is me, I can’t tell you.”