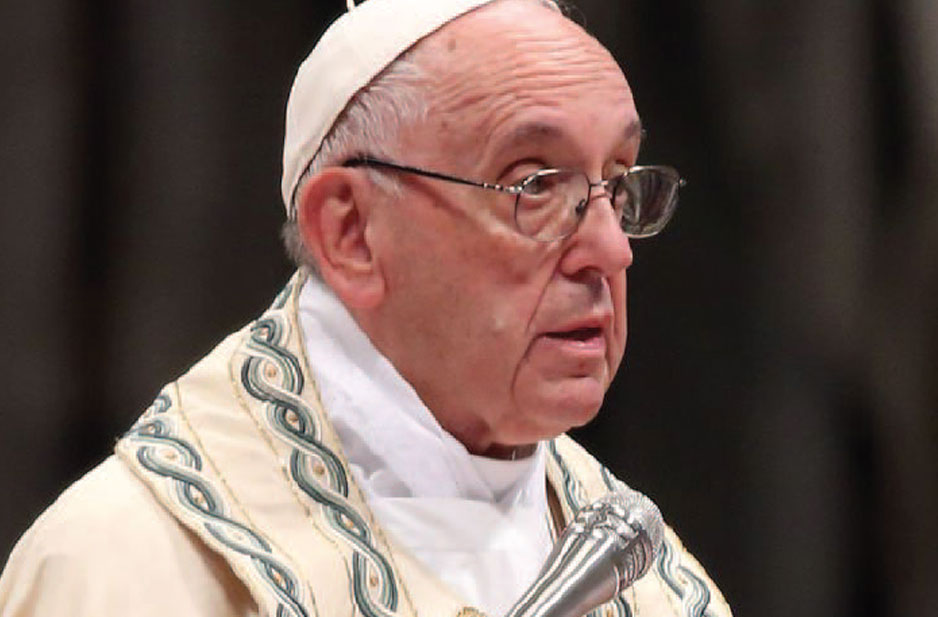 Pope Francis backed down and accepted the resignation of a Nigerian bishop who had been rejected for years by the priests of his diocese, setting a precedent that could have repercussions elsewhere when papal authority is challenged. The announcement came after Francis issued a harsh ultimatum to the priests of Nigeria’s southern Ahiara Diocese, warning they would lose their jobs if they didn’t obey him and accept Monsignor Peter Ebele Okpaleke as their bishop.

Francis gave each priest 30 days to pledge obedience.The Vatican said that 200 priests obeyed, but some still expressed problems in working with Okpaleke. Pope Benedict XVI had appointed Okpaleke to Ahiara in 2012, but the local clergy rejected him. Ahiara is in the Mbaise region, and its faithful objected to the appointment of an outsider from the Anambra regionto lead them. In protest, the Mbaise blocked access to the cathedral when Okpaleke was to be formally installed, and he was installed outside the diocese.

The Vatican’s mission office said the Pope took the priests’ ‘repentance’ into account in deciding not to sanction them for “the grave damage” they had inflicted on the church by rejecting Okpaleke. But the Vatican said it hoped “in the future they will never again repeat such unreasonable actions opposing a bishop legitimately appointed by the Supreme Pontiff.”The case could affect another divisive Bishop appointment, Chilean Bishop Juan Barros.Ever since Francis appointed him Bishop of Osorno, Chile, in 2015,Barros has been rejected by many faithful and priests. His opponents cite accusations by sexual abuse victims who say Barros witnessed and ignored their abuse by Chile’s most notorious predator priest. After Francis sparked an outcry during his recent trip to Chile by defending Barros, the pope did an about-face and sent in a Vatican investigator to take testimony about Barros’ behavior.

The investigator, Archbishop Charles Scicluna, met with Barros’ main accuseron Saturday. Many Vatican watchers had cited the Nigerian conflict in explaining Francis’refusal to remove Barros. Barros had been named a bishop by St. John PaulII and confirmed by Benedict, making it difficult for Francis to sack him without compelling reason. But Francis’ decision to accept the resignation of the Benedict-appointed Okpaleke, who graduated with a Mastersin Theology at the Catholic Institute of West Africa in Port-Harcourt, due to popular opposition suggest she could do the same for Barros, who has already offered his resignation twice and had it rejected by Francis.