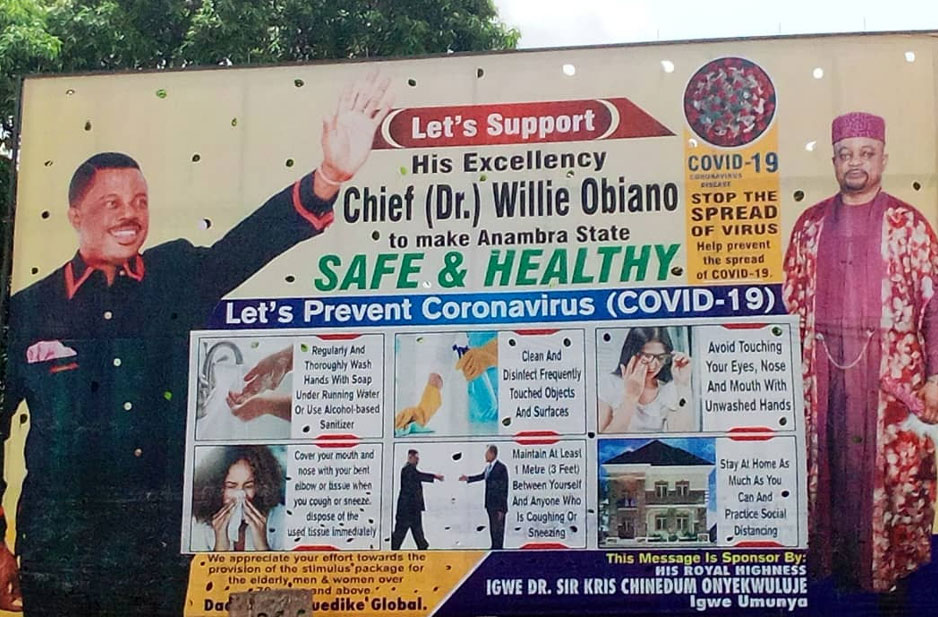 The global hit of the pandemic which has engulfed the whole world has adversely affected the life style and economy of every country globally, The pandemic which was first reported in early December 2019, has today spread around the continent of the world, with thousands of death recorded globally, and considerable high percentage recovery curve.

The world health organization was on its feet making sure that the needed awareness was in place to enable individual nation ready to combat the pandemic.

Here in Africa the fatality curve is predominantly flat compare to the western world where the fatality curve is higher. Generally called Covid -19 it started in Wuhan China with high curve of death. The advent of this world enemy took the whole world unprepared but mostly the developing countries, considering the depilating health facilities in Africa, which contributed to most top Government official, seeking medical facilities in the western countries and Asia.

The quick response of the African countries in the midst of the outbreak is such that have been highly recommended by the World health Organization, oscillating from immediate procurement of needed hospital consumables and equipment, with which to combat the outbreak received the needed attention, and our medical personnel lived up to expectation in the discharge of the selfless service putting their lives in danger, of which many of them were infected and few fatality who lost their lives.

The governors were very much on their feet with full support to the medical teams and other front line personnel providing the needed financial and moral support all in the fight against this common enemy. The royal fathers were not left out at various state of the federation in Nigeria, in the provision of palliative for their indigene and communities.

In the south east Nigeria, precisely Umunya in Oyi Local Government area of Anambra State, His Royal majesty of that community was fully on ground, thinking outside the box, on how to provide succor and palliative for the poor indigent ones in his community with support from the well to do amongst the indigenes.

It was a moment where all expertise in various field were showcased, ranging from medical and food support meant to assist this vulnerable ones considering the hardship most of them encountered as a result of the closure of sources of their livelihoods, which made life much difficult with an intense hardship as they have little or no one to assist.

Seeing all these, HRH Igwe Dr. Sir Kris Onyekwuluje, Eze Nya 1 Na Nya Kingdom, swung into action and called upon his subject both at home and abroad to make contribution towards alleviating the suffering confronting the vulnerable in his community, this yielded laudable response and palliatives were subsequently provided for these ones in Umunya.

The high level think-tank which his Highness constituted was equal to the task as it made sure that all those who needed this palliative were not left out in both the medical and food items which were provided for over four thousand indigenes of the community in all the villages. 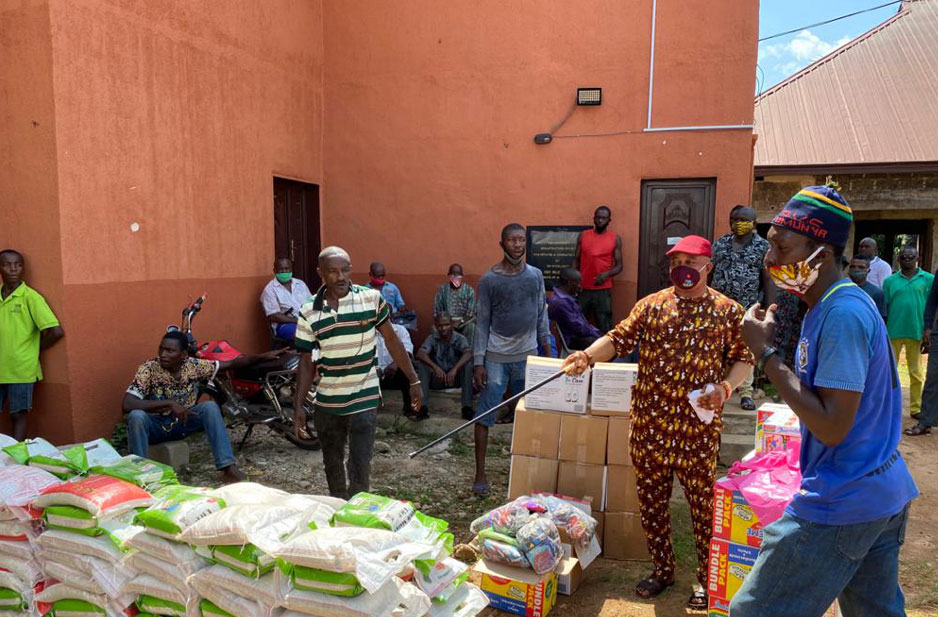 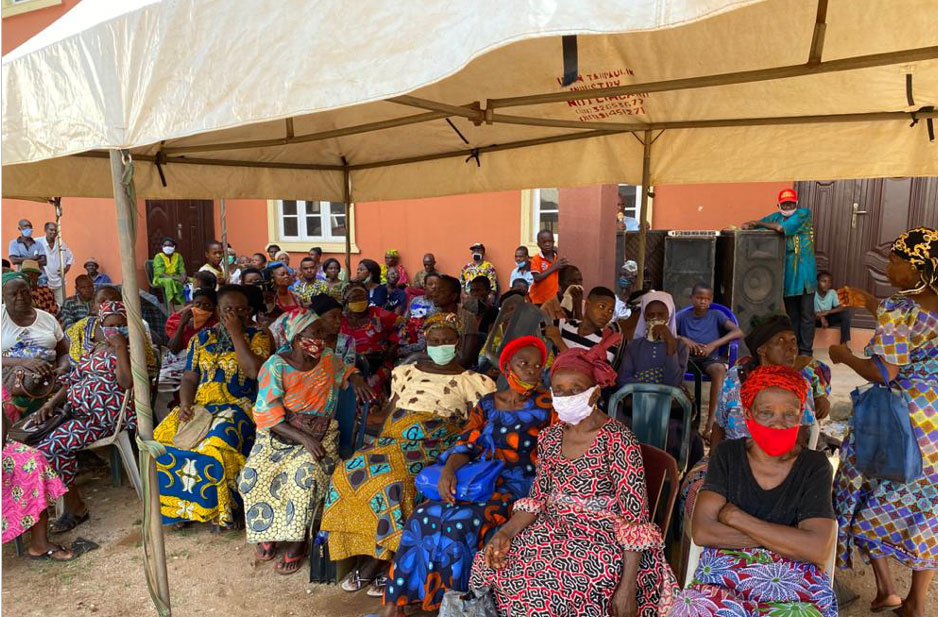 Beneficiary waiting for their turn 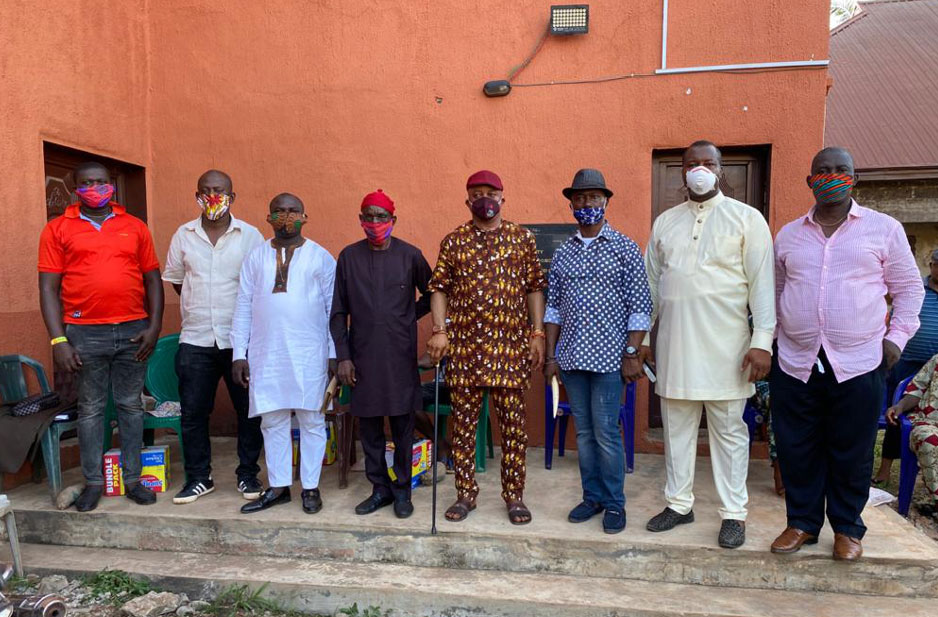 Distribution of food items in progress 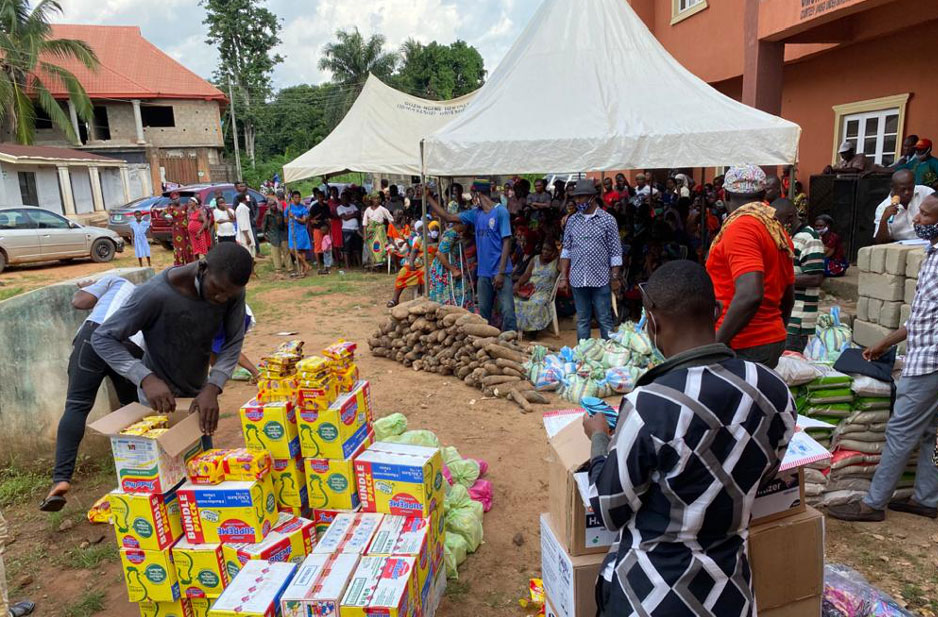 Community leaders on ground to watching