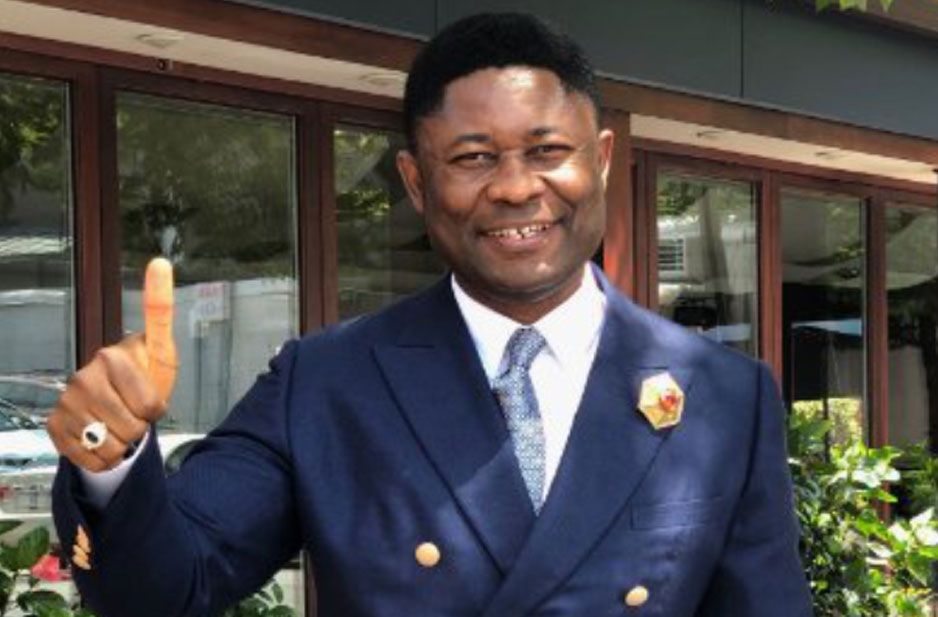 Africa, a land filled with men and women of substance, who are at their various places of endeavor doing great things by affecting the lives of the vulnerable ones in their communities and the nation at large, it is a known fact that in Africa when one is blessed by God almighty he derives joy in affecting the lives of those around him, helping them through various means such as education, job creation and provision of shelter with food on their table.

An average African man and woman takes joy in providing humanitarian assistance to those in need, it is believed that when God blesses you, He has not blessed you alone but an opportunity to affect lives and restoring joy and happiness to the needy.

African people are said to be a developing country which I duly accept to be true, how can we not be a developing country when the continent have limited number of persons who have the right vision and mission to take Africa to the next level, amidst all the numerous challenges we face in Africa today we still have very few who are out to make the difference and restore the glory of Africa, it is said that years to come Africa will rule the world, this fact cannot be disputed considering the facts that we have all it takes to make the difference in this regard.

On this very edition of the Phoenix Africa we are focusing on Nigeria, which is known to be the giant of Africa, blessed with lots of natural and human capital resources, it is said that an average African men and women are usually self-made.

This is true because they believed, the best they can do to themselves is to struggle and work hard, they apply creativity in whatever positive things they lay their hands on, as a means of making end meet.

Today our African man of the month is no other person but Tein T. S. Jack-Rich, he is the founder and president of Balema Oil, founder of the Balema Aid Foundation and Jack-Rich Tein Aid Foundation, popularly known and called Jack-rich, born to a very humble family of Elder and Mrs Teinbo Saturday SeliyeFubara Jack Rich, on the 28th of January 1975, in the south south of Nigeria, precisely the Rivers State of Nigeria.

Jack Rich is married to his beloved wife, Dr. Mrs. Elizabeth Jack-Rich and blessed with children. He lost both parents at a very tender age and was faced with the realities of life, which led him into working so hard with total reliance on God to succeed in live, confronted with many challenges of life but never gave up, he held on to his dream and ambitions of greatness.

This made him the founder of Balema Oil at a very young age, Balema Oil is known to providing Oil and gas services both within and outside Nigeria. Jack-Rich is known to be the first indigenous person in the oil and gas industry to own oil exploration and Production Company in the Niger Delta region of Nigeria.

A graduate of petroleum production technology in the Panola college cartage, USA, Business management at Usam University and Business Administration at the University of Wales, he holds several fellowship awards with Doctorate award both within and outside the shores of Nigeria.

Jack-Rich is known to have affected many lives positively both within and outside Nigeria, a giver by calling, his philanthropist has no boundary to how far he can go towards affecting lives within the society, through his foundation he has been able to offer awards to lots of Nigerian youth, who embark on different level of university degrees within Nigeria and different Universities around the world, he believes that the youth are the future leader of the nation hence the need for qualitative education, he equally have provided employment opportunities for most Nigeria youths with over three thousand youth gainfully employed in his payrolls and many greatly empowered throughout the country.

Going by his philanthropic charisma in affecting lives in many parts of the county, the Daura Emirate was highly overwhelmed by his charitable activities, as such conferred him with the title of Sarkin Ruwan Hausa (meaning the water provider), after he was able to single handedly provide a portable water to the community of Daura in katsina State which is located in the Northern part of Nigeria.

I do strongly believe that when men and women in African with such kind hearts are given opportunities in governance in their various countries sooner than later, Africa will take the lead economically.