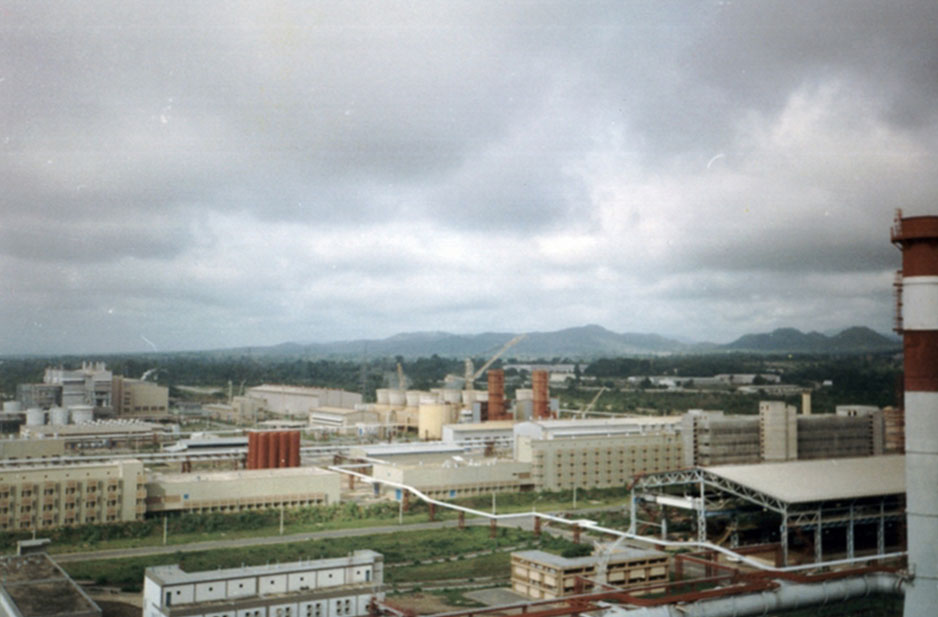 The Federal Republic of Nigeria under the leadership of President Muhammadu Buhari is out to restore the glory of the giant of Africa through the revamping and restoring the glory of the Ajaokuta steel company, “ASCL”.

The company which has long been abandoned by the previous Government is set to receive prompt attention under the leadership of President Muhammadu Buhari.  The president who officially disclose this information to the nation during his nationwide broadcast to mark the 21 years of uninterrupted democracy in Nigeria, he stated that Ajaokuta steel company limited will be resuscitated to meet the nation's needs in the steel industry.

He maintained his administrations position in ensuring that the Ajaokuta steel industry is revamped and position in improving the nation’s economy through the steel sector.

It is believed the Ajaokuta steel company when fully in operation will have the capacitor of taking thousands of Nigerian youth who are currently unemployed off the street.

In the past several governments have attempted to resuscitate the industry but these could not work out as the arrangement was with a private company, the nation is fully hopeful that with the step taken by the administration of President Buhari, Nigerians will soon see the steel rolling out from the furnace in a short while.

The president also assured that the mining sector are not left out in this drive as effort are all geared in harnessing the full potentials of our natural mineral resources through providing enabling environment for potential investors in these sectors. 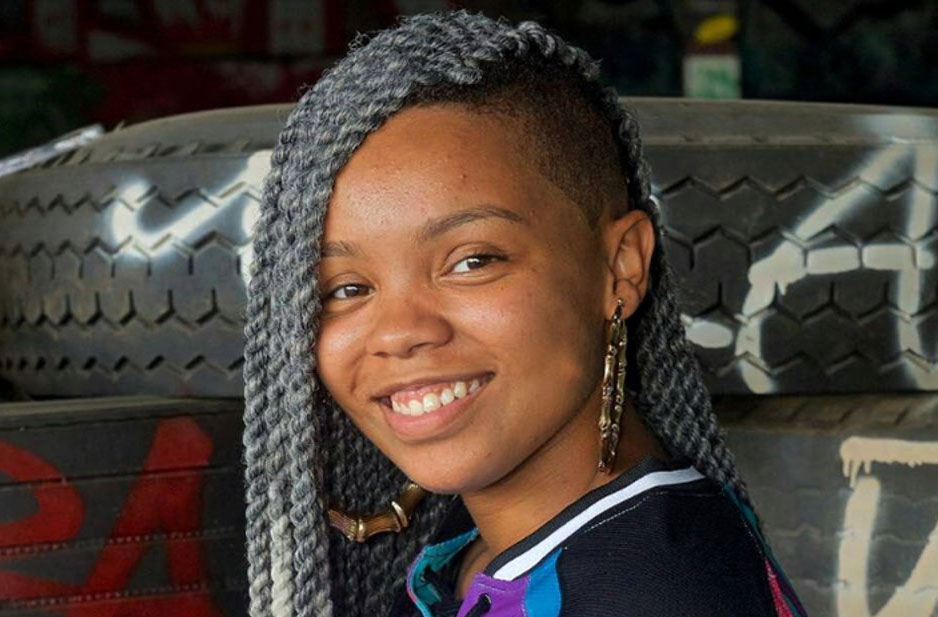 15-year old Essynce Moore is the only teen author that has written three books that are mandatory readings for several school district curriculums across the United States including Hillside, NJ School District; Brooklyn, NYCharter School(s); and Orange,NJ School District.

The books can be used to prepare students for middle school, assist with self-esteem, bullying, how to handle certain situations witht teachers/friends, encourage youth to live their dreams now, and so much more. Parents can learn a lot as well from Essynce’s books. She said:“They think they know the truth about what happens in middle school, but they have no idea! ”In addition to writing books, the young protégé and trend setter is a phenomenal speaker that loves to empower and inspire people at schools, conferences, workshops and more, travelling across the country to inspire and empower children, tweens, teens, college students, and adults.

Essynce says she would love to meet Oprah, Tyler Perry, Ellen DeGeneres, Harry, Steve Harvey, Zendaya, Rihanna, Ian Somerhalder,Michelle Obama, and so many more. She also desires to visit schools nationwide to discuss entrepreneurial education initiatives and other opportunities that are centred on children, tweens and teens.She has also participated in various fashion shows, pageants,and karate tournaments. She was showcased in NY Fashion Week,and Atlanta Kids Fashion Week, featured in several interviews in magazines, TV, news, print, conferences and is a memberof the New York Youth Chamberof Commerce. Teenpreneur, tweens and teens stylist/fashion designer, actress,motivational speaker, spa and boutique owner, and author, Essynce Moore, has received Proclamations from the state of New Jersey, the city of Passaic, and the city of Hillside. Each of the books are available for purchase on Amazon. 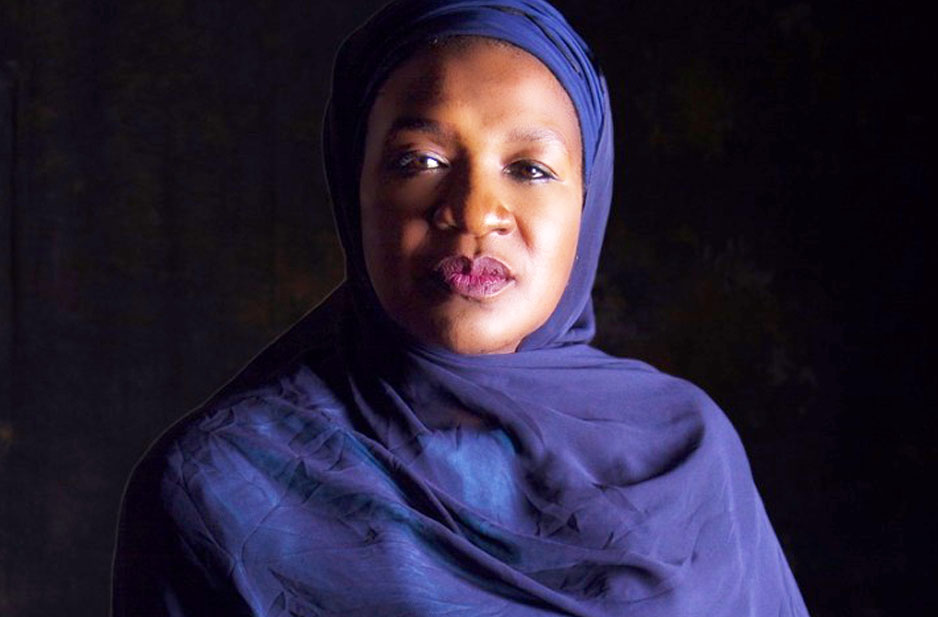 Born on July 16th, 1966, to the family of Muhammed Kolo, Borno State, North Eastern Nigeria, Hajiya Jamila Muhammed Kolo, a mother of 5 and a grand mother of two is a quintessential business woman and an activist.

We caught up with Jamila Muhammed Kolo in her house in Gwarimpa, Abuja where she took us on a journey down memory lane.

“Life for me as a child was sweet and interesting.

“Growing up in a large, polygamous family of 27 kids and three wives, my father was very strict and religious. He was a very quiet man.

“I remember that my father can always be found with his face in a book. Looking back now, I recall that my father never used corporal punishment on us but yet we feared him a lot.

“He was softly spoken but always seemed to put the fear of God into us. Both my parents were educated and are civil servants.

“Education was very important to them and from a young age, I was made to believe, as my dad would put it, that education is the greatest asset you can possess, one you can carry everywhere with you and yet cannot be stolen from you.

Jamila Muhammed Kolo had her primary and secondary school education in Maiduguri. She went on to obtain a Bachelor of Arts degree in French Language from the University of Maiduguri.

Jamila also has a postgraduate diploma in Education and an MBA, both from ABU Zaria.

“Coventry and Warwickshire Partnership NHS Trust are enjoying learning more about the Nursing Degree Apprenticeship for their staff.” 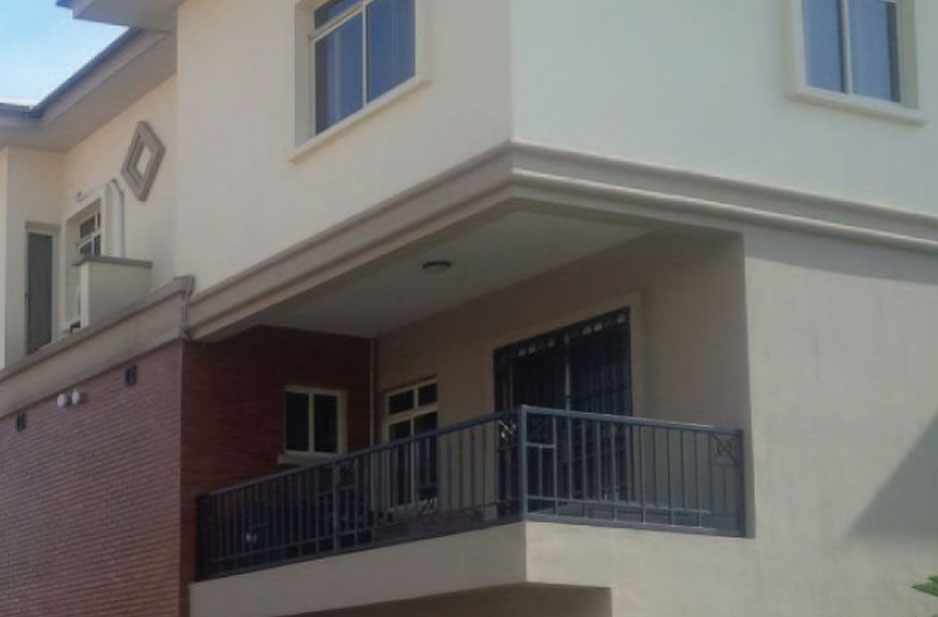 In highly performing economies in the world, the government agencies know their briefs or mandates and keep to them without any attempt to interfere or encroach on other bodies’ statutory responsibilities. By so doing, businesses, industries and commercial activities experience smooth and steady growth. But in Nigeria, the situation isdifferent because of over-lapping of functions among the Federal Government’s Ministries, Departments and Agencies, MDAs.In Nigeria, government’s regulatory agencies set up to facilitate businesses are often times at one another’s jugular, making the essence of establishing them counter productive.

Industry watchers have expressed serious disgust concerning the recent move by one of the Federal Government’s agencie known as the National Environmental Standards and Regulations Enforcement Agency (NESREA), trying to take over one major statutory mandate of yet another federal agency, Standards Organisation of Nigeria, SON.In a recent online advertisement,NESREA appealed to importersto obtain its newly formulated Environmental Clearance permit which according to it, would now replace SONCAP certificate usually administered and issued by SON.The development, according to industry watchers, is nothing but a clear confrontation by NESREA against SON, two sister-agencies of the Federal Government which are expected to work harmoniously n the spirit of inter-agency co-operation.For NESREA requesting importers to apply for the agency’s permitnegates the spirit of Federal Government’s ease of doing business mantra.

According to the online report,the safety of the products are not even given consideration. This is another way to tax consumers and manufacturers. The NESREA procedure only requires the importers to send the agency’s Material Safety Data Sheet, MSDS, along with applicationto get a permit. This allows for serious loopholes in the entire system. 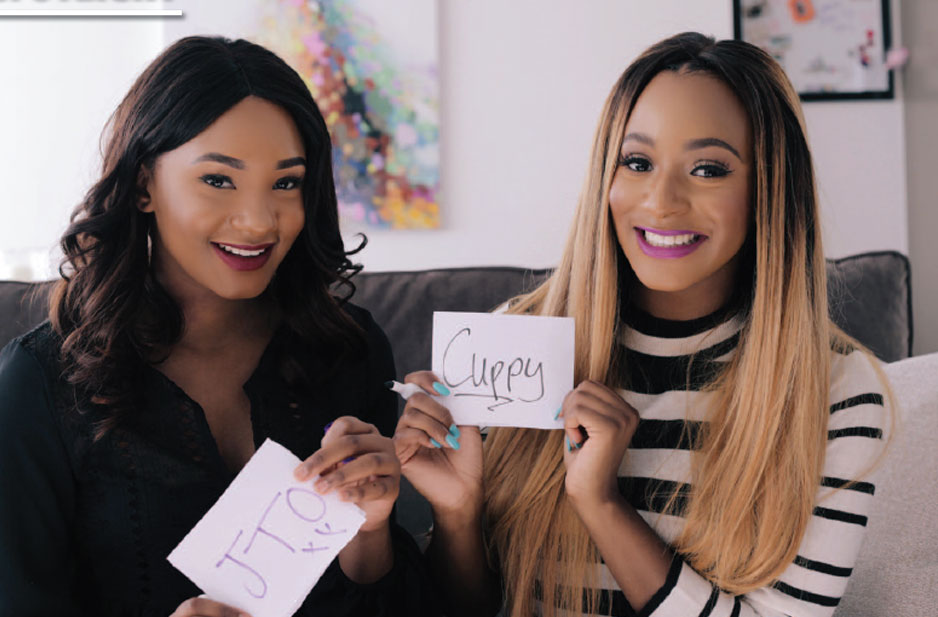 Part of Britain's new superrich, Nigerian socialites, Cuppy and Temi Otedola, are from a family worth some £650m. But, as bright young thing,they want to be successful in their own right.They are the daughters of energy tycoon Femi Otedola and, despite their determination to go-it-alone,they know that their father’ssupport will help to fund their ambitions.The girls, who both received private-education, enjoy jet-set lifestyles, don't want to live offtheir father's success and want to establish careers; with elder sister,Cuppy, 23, wanting to be a DJ while19-year-old Temi is an aspiring fashion blogger.

Heiresses to a billion dollar fortune, they are well-known in their Nigerian homeland, but, as daughters of one of Africa's richest men they are not content they do not want to be rich and famous in his shadow. Instead, they are determined to work hard to make names for themselves in their own right. In 2015 Femi was listed as the 16 the richest man in Africa by Forbes and has million pound properties in New York, Dubai, London, Abuja and Lagos, with his wealth enabling his daughters to attend expensive private schools in England,have the very best designer wardrobes and be waited on by ten members of staff at all times.

As well as jet-setting between the opulent family properties around the world, they also enjoy spending timeon their father's £7million yacht, have designer wardrobes and throw birthday parties that cost more than a fleet of supercars Cuppy, with a degree in business and French, from the University of London, is keen to be famous in her own right as akeen to be famous in her own right as a DJ and has been securing gigs around the world at venues including Privé, Jalouse, District and Funky Buddha.She says: “People say that I’ve only managed to get these gigs because of my father, but it doesn't bother me as much as it probably did.

I love what I do.”One of her biggest gigs was when she played at the inauguration of Nigeria's President Muhammadu Buhari.“I think I am a great DJ,” Cuppy says. “I have to deal with criticism from those who think I only had the opportunities in my career so far due to my father'sconnections and purse strings, but this doesn't concern me anymore. Now I only worry that I am not going to make the impact I want to make.''Younger sister, Temi, feels the same as she tries to establish a name for herself in the fashion world.She set up her own style blog; JTO Fashion, which has 22,000 followers on Instagram as she shares news on the latest style must-haves with her fans- many of whom are Nigerian - as she travels between the fashion capitals of Europe and shops in Dubai and London.Europe and shops in Dubai and London.She has a team of professionals to help her on her photo shoots taking pictures and filming her vlogs and has even hired top fashion photographers to take some of her pictures.Admitting that she would not have been able to establish her blog without her father's financial support, Temi, who is studying for a degree in art history at University College London, says she sees the help he has given her so far as a loan she intends to repay.

She has also managed to hone her fashion credentials with an internship at Oscar de la Renta on Mount Street.Both of the sisters love staying in London which is why they were filme dfor a Channel 4 documentary which lifts the lid on the spending habits of Nigerian billionaires.Both Cuppy and Temi say they want tobe role models to young women in their home country and inspire them to work hard to achieve their goals.